NDT Test carried such as UPV test, Hammer rebound and core test to understand the depth of cracks, extent of cracks and the strength of the concrete. It was noted that the major cracks were noted at the stoppage of slip forming works during concrete pouring.

Somers Engineering Ltd was awarded the works for reinstating the Integrity of the Cracks. The Silo was marked at various levels, cracks identified and then Injected by an epoxy resin. They were later sealed by another Epoxy material to seal of the cracks. Carbon wrapping was done to structurally reinforce the slab with full bands around the Silo. As the silo was exposed to the high temperatures and sun light, another layer of UV resistant epoxy was applied. A pull off test was later done at various levels to check the bonding strengths of the Epoxy to the concrete. 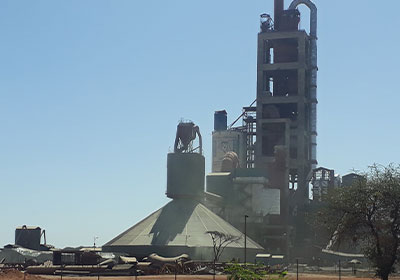 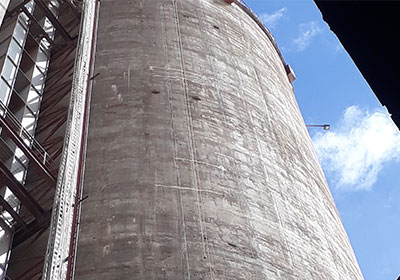 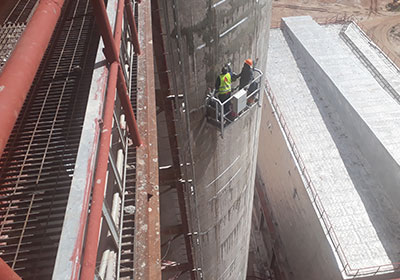